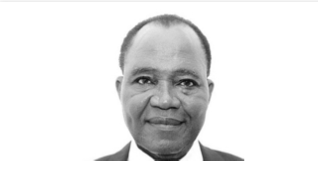 Ajibola Ogunshola holds a B.Sc. (Honours) degree in Mathematics from the University of Ibadan (1967) and became a Fellow of the Institute of Actuaries, United Kingdom in 1973, the first black African to become a Fellow of the Institute. He was Chairman and Managing Consultant of Ajibola Ogunshola & Company (Actuaries & Employee Benefit Consultants) from 1986 to 2004 and Chairman of Alexander Forbes Consulting Actuaries (Nigeria) Limited from 2005 to March 2015.

Over the years, Chief Ogunshola has contributed to the development of many organizations. Amongst others, he was Founding President of the Nigeria Actuarial Society, 1982; Chairman of the Committee of Actuaries that gave actuarial advice to the United Nations Staff Pension Fund from 1987 to 2006; and President of the Association of Pension Fund and Investment Managers (now Association of Pension Fund Managers), 2001 – 2003, where he received a lifetime achievement award.
Chief Ogunshola joined Continental Reinsurance as a non-executive director on November 8, 2016 and is currently the Chairman of the Board.