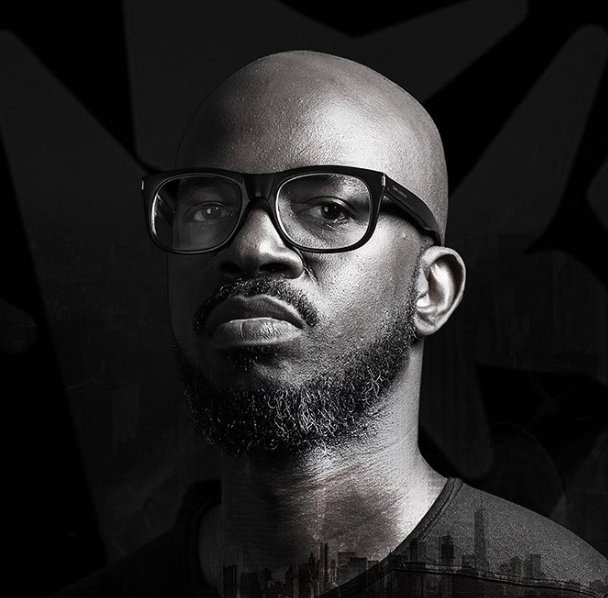 Considering his meteoric rise to fame, it would be easy to stereotype Black Coffee as just another black diamond, a BEE beat magnet out to mine the insatiable upwardly mobile urban house party market. But as he proved on his South African Music Award-winning album “Home Brewed”, this DJ and producer defies convention. Sidestepping Afro-house clichés and stage-managed highs in favour of restrained sophistication, Black Coffee’s penchant is for true Afropolitan house: home-brewed but fresh and future-focused. Expect almost sculptural balance and beauty.

If one heard a clamour and ululating emanating from the eastern provinces of South Africa, KwaZulu Natal and the Eastern Cape, announcing the recognition of a cultural phenomenon.. and their role in the development of this cultural phenomenon.. one could not argue were that clamour and ululating to be in respect of one.. that is the soul, spirit, talent and vision of Nkosinathi Innocent Maphumulo, one better known as “Black Coffee”.

Black Coffee  moved back to Durban to study music at Natal Tech where he majored in Jazz. His reason for studying music was because he felt that as a producer, he had to deepen his overall musical knowledge, develop his listening skills and advance his knowledge of music theory. Leaving tech prior to completion of his studies, Black Coffee with two friends Thandukwazi “Demor” Sikhosana and Mnqobi “Shota” Mdabe worked as backup vocalists for the renowned Madala Kunene. Deciding then to form an urban soul trio “Shana” the three moved to Johannesburg to make their way.

Keeping “Simply Hot And Naturally African” (the meaning of “Shana”) together as an ongoing project, the three also pursued their individual visions, collaborating on the way. Black Coffee was chosen as one of two South African participants in the Red Bull Music Academy in 2003 jump-starting him into the South African DJ scene – a decision he says he has never looked back on. His first big break was when his song “Happiness” was featured on the “DJs At Work” album.

2005, the same year as the release of Black Coffee’s powerful debut album “Black Coffee” saw the birth and formation of Soulistic Music, Black Coffee’s wholly owned 360° corporate structure, his team’s home base and the jump-off point for himself, and as time has evidenced for many others too. Black Coffee revealed that his first album was created using very basic music-making software. “I don’t know how to explain the production stages of my album because all I did was put down the basic ideas that I had, I didn’t use any MIDI controllers everything was played with a computer mouse. He added that the use of live instruments in a song is also very important, giving a track that final magic touch and bringing it to life.

A view through the Black Coffee ‘lens’, at the end of 2011, confirms a delightful, fresh and truly heart warming vista of dynamic and exciting creative production, glimpses of a genius unfolding and degree’s of difficulty, challenge and hardship. To many Black Coffee has led the ‘house music’ way.. establishing since a global pre-eminence in vocal house music and a business approach structured to unlock the plethora of opportunities offered by a converged digital realm driven by the songs and their performance.

Reserved, studiously academic, inventive, imaginative, quiet, enigmatic, shy and bold are but of the few ways in which many across the world perceive Black Coffee. No matter how he is seen he remains one of the very few club DJs in the country who genuinely understands the precise function of a music disc jockey: he does not simply mix songs, he re-interprets their previously unimagined musical possibilities, adapting and arranging as each work advises and so quietly creating new works that give life. When he debuted his interpretation of Hugh Masekela’s rambunctious jazz hit “Stimela” (2005 original South African release, 2008 UK release), Black Coffee simply demonstrated how it was possible to rework the South African canon music vault into club music, creating works that were acceptable to both the young and the old, a feat not easily achievable. It has required a decidedly original-inclined, singular mind such as this to be able to pursue this kind of music trajectory and the gold and platinum awards since are testimony to his resolve .

2007 brought another powerful Black Coffee release “Have Another One” which featured amongst others a host of great female vocalists and the likes of Bucie, Siphokhazi and Busi Mhlongo at the helm of an array of original works. With world demand and interest in a Black Coffee performance starting to stand up and shout so to speak, he began a new phase of growth in 2008 with a string of new Soulistic Music signed releases from Culoe de Song, Tumelo and the great Zakes Bantwini all achieving gold and platinum sales.

Highlights during 2011 included a nomination for the 2011 MTV Europe Awards in the Africa, India and Middle East category for “Best Worldwide Act”, the launch of Africa Rising and its first presentation (which included a 24-piece orchestra along with a band and featured artists performing Black Coffee’s works) at Moses Mabhida Stadium, four releases on the Soulistic Label including Culoe de Song’s “Elevation”, Sai & Ribatones “Here and Now”, Boddhi Satva’s “Invocation” and the label’s “Soulistic Cuts” and a Channel O Award for “Most Talented Male Artist”.

In 2012, Black Coffee’s Africa Rising DVD and CD (triple CD) featuring artists such as Bucie and the soulful Toshi Tikolo on international house hit “Buya”, garnered double platinum sales status in the space of a single month and went on to win “Best Dance Album” at the 2013 South African Music Awards. All of this transpiring shortly after Soulistic Music announced the signing of Thembisa born rising star DJ Shimza to the imprint.

Over the past 10 years, Soulistic Music under Black Coffee’s leadership has built a worldwide network of exclusive track licenses, tours and agents giving Black Coffee and other Soulistic Music artists their break into the international touring market where they have become regular features in cities from Sydney to New York, London to Luanda and Los Angeles to Athens.

Black Coffee continued to grow his profile internationally during 2013, gracing the decks at Cape Town Electronic Music Festival, Southport Weekender, ADE and for Berlin’s Panorama Bar, Iberian institution Circoloco and Boiler Room. He also forged a strong relationship with Bridges For Music by taking up the role of official spokesperson and ambassador for the music charity initiative.

Fast forward to present day and it’s starkly evident that the past 24 months have been no less than a rollercoaster of career milestones, accolades and achievements for the Durban born musical mastermind. Attention grabbing performances for the likes of Ultra South Africa, FabricLive, BPM Festival, Ballantines’ Boiler Room Stay True, Sonar Barcelona, Mixmag Live, SW4, an 8-date North American tour, RMBA debut tour of Japan, two consecutive seasons as a one of Circoloco’s most talked about residents and a 2015 world tour this past summer which spanned 17 countries across 4 continents over 5 months has elevated Black Coffee into the realm of global superstar in waiting.

In addition to that, he also launched the Black Coffee Foundation Scholarship with SAE and Bridges For Music, scooped Breakthrough DJ and Dance Nation Of The Year for South Africa at the 2015 DJ Awards and unveiled his 5th artist album titled Pieces of Me to an African audience in September 2015. Both Pieces of Me and the debut album single We Dance Again featuring vocalist Nakhane Touré triumphantly laid claim to the #1 spot on iTunes and the album went on to reach double platinum status within 3 months of release.

As 2015 drew to a close, accolades continued to roll in unabated. Black Coffee became the first African DJ to be selected by BBC Radio 1 to deliver his 2-hour musical journey for the prestigious Essential Mix. Shortly thereafter, Red Bull revealed an official limited edition Black Coffee hero can and dedicated legacy website centred around celebrating the first decade of immense success achieved by SA’s house music luminary. Black Coffee is the second only musical artist and first person of colour to be singled out and depicted on a Red Bull commemorative can.

Black Coffee continued his path of global domination at the 22nd annual SAMAs this past June by scooping Album of the Year, Best Dance Album and Best Engineered Album for Pieces of Me. And was also honoured with a prestigious International Achievement Award. Later that same month, Black Coffee made history by becoming the first South African to win a BET Award. He was recognized in the Best International Act: Africa category whilst attending the 3-day awards festivities in Los Angeles.

Notwithstanding an already stellar year, Black Coffee surprised fans across the globe with a re-work of the Alicia Keys track In Common. Black Coffee’s retake released by the award winning US songbird on July 1 as part of a 5-track remix package, has drawn unprecedented praise with many hailing it as the best version of the song. All the while, Black Coffee is still hard at work preparing the worldwide release of “Pieces of Me’ through US record label Ultra Music later this year.

From family, to community, to clan, to culture, to country, to the world; all are blessed with the prodigious talent and productivity of such a great creative genius, as is Black Coffee.