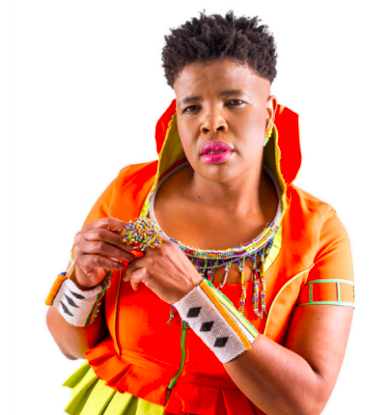 Candy Tsamandebele is an amazing vocal prowess was born in a musical family at Ga- Sedibeni Village, under the revered Rain Queen Modjadji leadership at Bolobedu in Limpopo Province in South Africa, Musically delicious as her names suggests, Candy was affected by this upbringing and has been interested in music for as long as she can remember.She started singing in her Mother’s community traditional group, Sekgapa, at the tender age of 14. Her mother was the group leader and also the percussionist of the act.

Candy launched her professional music career in 1993 as song writer on the legendary late Peter Teanet’s double multi-platinum seller, Nwa’yingwani. In 1993, Candy with her friend Nurse Matlala moved to the city of gold (JHB) to look for a recording deal and met up with Shaagan Disco King Papa Penny Penny, ending up working on his National hit “Shichangani-Lshilungu”.

In 1999, after leaving Penny Penny’s stable Gallo Records at the time, they started to freelance as session musician, and later joined Kalawa Jazmee in 2004 where they were Christened CandyNurse by Oskido. This is when they become part of BOP’s Classic album, “Life Iskorokoro”, also working as the group’s backing crew.
The duo split in 2007.

In 2009, saw Candy go on her own and launched her solo career with her debut solo album, “Siki (Five Cents)” through Sony Music. Being a savvy person, she also decided to take her career to another level and started her Independent music label called Mosekedi Entertainment

Through Mosekedi Entertainment, she develops new up-and–coming artist and does community initiatives amongst others things.