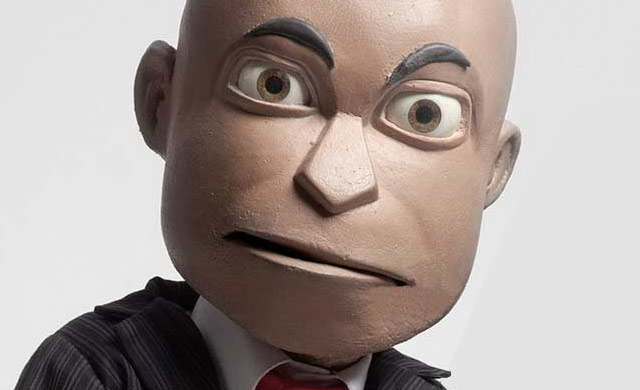 His hit one man shows have received standing ovations around South Africa. In 2015 Comedy Central Africa took him to ‘Just For Laughs’ in Montreal, the world’s biggest comedy festival, where he recorded shows for both Comedy Central and Canada’s Comedy Network.

Chesterhas fast become a household name. His television interviews with SA’s political elite have received wide acclaim. His ability to get political players to let down their guards is unique and he is regularly asked by the likes of City Press, Natal Witness, Reuters and the Mail and Guardian to comment on political affairs.

In 2014 Chester was the first puppet in history to be taken to court – and win!

He was one of New African magazine’s most Influential Africans of 2014, and You Magazine’s ‘Most Influential People’ of 2014. Chester and Conrad Koch – Chester’s handler – were the first recipients of the Ahmed Kathrada Foundation’s ‘Certificate of Appreciation’ for their stance against racism.

He has worked all over the world, been featured on local and international television and is a frequent guest at some of South Africa’s biggest comedy events including ‘Mass Hysteria’, ‘Blacks Only’, the ‘Smirnoff Comedy Festival’, the ‘Vodacom Comedy Festival’ and the ‘MetroFM Comedy Experience’.