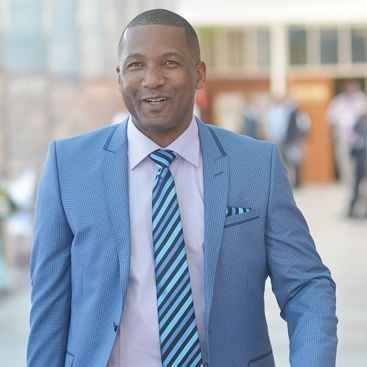 Duma Gideon Boko is politician from Botswana who is the President of The Umbrella for Democratic Change – Botswana’s leading opposition party. Duma Gideon Boko’s roots lie in advocacy and human rights with a focus on leading lasting social change and economy for Botswana.

Duma Gideon Boko was Born on 6 March 1969 (age 49 years) in Mahalapye, Botswana. He studied at Harvard Law School and University of Botswana.

Boko became the leader of the Botswana National Front (BNF) in 2010. His position and party membership was challenged on the grounds that when the BNF split in 2000, he had become a founding member of the National Democratic Front (NDF). If proven, this would, according to the BNF constitution, disqualify him from a leadership position in the party for three years after rejoining it. He prevailed in court. He inherited a party that was in decline under the leadership of Otsweletse Moupo.

The BNF came together with the newly formed Botswana Movement for Democracy (BMD), a splinter of the Botswana Democratic Party and the Botswana Peoples Party to form the Umbrella for Democratic Change. Some BNF members were strongly against the coalition, arguing that the exercise would make their party disappear. Lawsuits against Boko and his central committee were filed before the High Court. Boko and the BNF won all the court challenges.