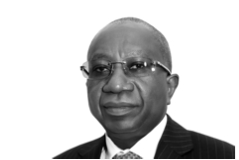 Femi Oyetunji was the founding Managing Director/CEO of Alexander Forbes Consulting Actuaries Nigeria Limited and as the Chief Actuary, supervised many large insurance and pension schemes, a position he held before joining Continental Reinsurance. He continued to serve on the Board of the company as a non-executive director until his resignation early in the current year. He is currently a non-executive director of Crusader Sterling Pensions Ltd.