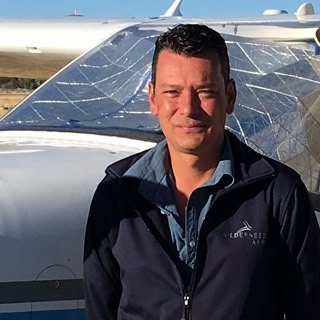 Hein Cronje has a long history of achievement in aviation maintenance and management and was appointed as the Acting General Manager of Wilderness Air Namibia in August 2017. His first involvement with aircraft took place in 1994 when he began his apprenticeship with South African state-owned aerospace and defence technology company Denel.

Having qualified as an Aircraft Engineer in June 1996, Hein went on to have a long and distinguished career with both the South African Airforce and the national carrier, in South African Airways Technical. “My focus has always been on the technical side of aviation, with a strong interest in general management. This new role with Wilderness Air Namibia is the ideal opportunity for me to pursue my passion for both of these aspects of the flying business, and I’m excited to be a member of the Wilderness Air team”, commented Hein.

Last update on
Published
Author: Wiki Mzansi
Categories: Namibia
Tags: There are no tags for this post