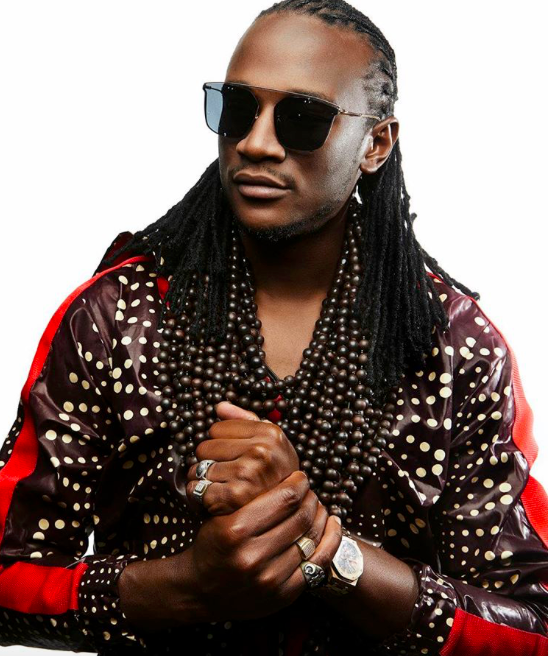 Jah Prayzah  is a popular  Zimbabwean contemporary musician and founder of Military Touch Movement.  Jah Prayzah was born on July 4, 1987 in Uzumba, Zimbabwe. He is popularly referred to by fans and media as “Musoja”, Shona word for “the soldier”, a name he earned mostly because of his signature band uniform of military regalia. The name Jah Prayzah comes from his name, ‘Mukudzei’ which means to praise.

As young boy he liked writing, reading his father’s Shona novels, swimming in the river with his friends, and hunting in the forests. Time and again he would come back home with his shorts torn from all the climbing and adventure. But most importantly, he liked to sing. This is a habit he nurtured through singing at school during assemblies, at church as well as playing the mbira with his teacher. As he grew older and as his mbira skills improved, Mukudzei Mukombe, the last born in a family of five, felt more and more inspired to pursue his interests in music. People began to realize his natural gift in music and language, and encouraged him to be serious with it.

He attended Musamhi Primary School and later Musamhi High School in Murehwa in Mashonaland East Province. He then relocated to Harare where he stayed with his uncle and eventually completed his ‘O’ and ‘A’ Levels in Harare.

Mukudzeyi’s first experience with composing music was during his early years of high school.He started to record dance hall and reggae tracks with his friends with some tracks creating a vibe in the suburb but failed to hit the national music scene. He later recorded contemporary music and afro jazztracks with DJ Thando and other local producers, releasing singles such as Sorry Mama and Seiko.

In 2013 he released his fourth album Tsviriyo and won a NAMA award for song of the Year for the song Gotchi Gotchi. In 2014 he released Kumbumura Mhute[2]. In the same year he won five NAMA awards and two ZIMA awards.

In 2015 he opened a new studio and released his sixth studio album.

Jah Prayzah continues to break new ground after touring the USA and Canada in early August 2016, where he performed at the Edmonton Folk Festival to crowds that he left begging for more. He came back home two days before the release of his 7th album, Mdhara Vachauya, which has reached overwhelming levels of success in less than a month of its release. Mdhara Vachauya carries a plethora of feel good and happy songs, which include Watora Mari, his collaboration with Tanzanian icon, Diamond Platnumz.

Watora Mari reached 1 000 000 views two weeks after the release of its video, and Zimbabwean and Tanzanian fans of both artists continue to be excited about the song., as well as about the rest of the vibrant album.

Last update on Nov 19, 2018
Published Sep 5, 2018
Author: Wiki Mzansi
Categories: Zimbabwe
Tags: There are no tags for this post