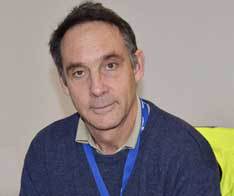 Jeremy is a Mining Engineer with over 30 years of mining experience, of which 20 years were in the diamonds business. He worked for several global mining organisations including Rio Tinto, De Beers Consolidated Mines, Debswana and AngloGold. During his long career, he has held numerous senior technical and operational management roles involving underground, open-pit and corporate mining environments. Jeremy is experienced in diamonds, gold, coal and copper mining and has worked in operations and projects in Lesotho, Botswana, Australia, Canada, South Africa, Zimbabwe, Madagascar, Indonesia and India. Jeremy is a graduate of the Royal School of Mines, Imperial College, London. He is a Fellow of the Southern African Institute of Mining and Metallurgy and a Member of Australian Institute of Mining and Metallurgy. He joined Letšeng in July 2017.

Last update on
Published
Author: Felix Mkiwa
Categories: Lesotho
Tags: There are no tags for this post