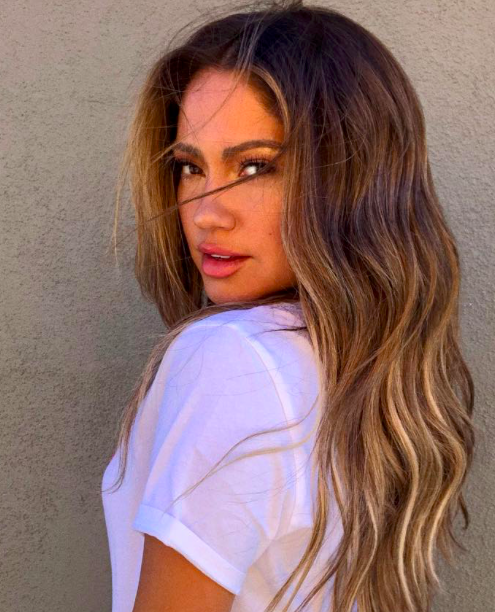 Jessica Burciaga is an American model well known in South Africa for her acting role in Casper Nyovest‘s ‘Move For Me‘ video.

Jessica Burciaga was born on April 11, 1983 in Santa Fe Springs, California. Her father Ty is Mexican and her mother Lisa is French and Irish. Jessica has two younger brothers named Blake and Duke. Following graduation from high school Burciaga worked as an extra in both TV shows and music videos. She enrolled in junior college in Huntington Beach, California and studied sports broadcasting.

While attending college Jessica worked as a waitress at a Hooters restaurant in Anaheim, California. Burciaga’s first breakthrough modeling assignment occurred when she won “Stuff” magazine’s Neighborhood Knockout contest in August, 2005. Among the publications Jessica has done pictorials for and/or graced the covers of are “Maxim,” “Lowrider,” “Savvy,” “Modified Mag,” “Performance Auto & Sound,” “Latino Future,” “Open Your Eyes,” and “Import Tuner.” In 2006 Burciaga got a job as a Bunny blackjack dealer in the Playboy Club at the Palms in Las Vegas, Nevada.

Jessica eventually returned home to Los Angeles, California. In 2008 she signed up as an official model for Chynna Dolls Bikinis. Moreover, Burciaga has been a spokes model for Hot Import Nights and was Miss Copa Swimwear for 2007. Jessica was the Playmate of the Month in the February, 2009 issue of “Playboy” and has appeared as herself in several episodes of the reality TV series “The Girls Next Door.”