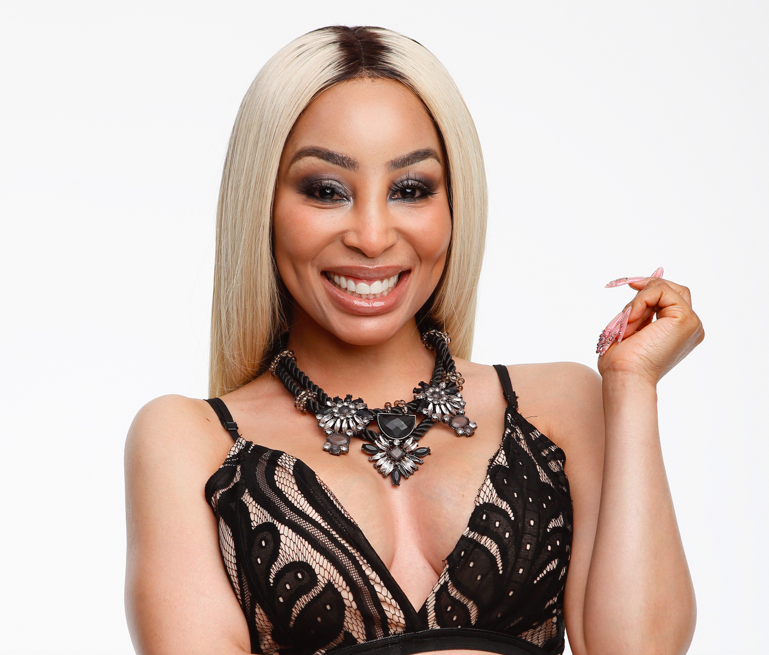 Khanyi Mbau was thrown into the spotlight when she was just 17 years old and since then, she has worked her way to becoming one of the biggest stars in South Africa. She played the South African music icon Lebo Mathosa in the stage production Drama Queen. The star previously dabbled in music and can play the piano.

Khanyi considers herself a foodie and her ultimate favourite dish is chicken feet. The popular celebrity explored the tech space by launching her very own app named Khanyi Mbau Digital – which was well-received on launch. She is also a big fashion lover and got the chance to see what happens behind the scenes at a fashion house when she teamed up with Kazard to launch her very own range of T-Shirts.

Khanyi currently stars as Beauty in the brand-new Leon Schuster film ‘Frank & Fearless’ and will return to the big screen in 2019 in a film titled ‘The Red Room’ which sees her star as Zama, a woman who loses it all and is thrust into the horrifying world of human trafficking.

Khanyi Mbau is a mother to 11-year-old Khanukani, the two have an incredible relationship and the star often posts images of her having fun with her daughter on her social media pages. Khanyi’s brother is the popular internet sensation Lasizwe Dambuza who has crafted an impressive start to what is expected to be an incredible career in the limelight.