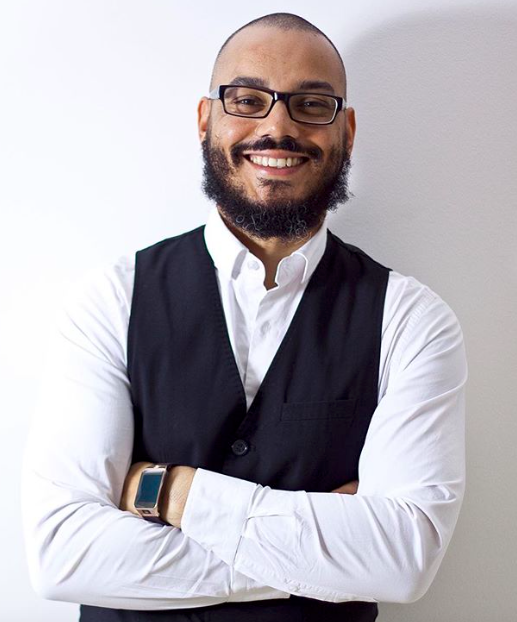 Kojo is the proverbial slashie, the professional ‘jack of all trades.’ He is an entrepreneur, writer, facilitator, content architect, former men’s magazine editor and speaker. He has a Bachelor of Commerce (1994) with majors in Economics, Marketing and Business Administration from the former the University of Natal (Durban), now University of KwaZulu-Natal.

Over the years, Kojo Baffoe has carved an unique space for himself, having operated in a range of sectors, in various capacities, including founder of an IT consulting company, event director for a fashion house, project manager at the SA Post Office, booker at an actor’s agency, producer at a TV production company, amongst others. He has run businesses in the Retail, Management Consulting, Publishing, IT and Media sectors, both in Lesotho and South Africa.

He has been poet laureate for Gordon Institute of Business Science and has performed extensively over the years having been a part of the poetry movement, particularly in Johannesburg, in the late 90s/early 00s. This includes for corporate, arts and other events as well writing commissioned pieces for brands, campaigns and the like. He published two collections of poetry in 2005, has been published in poetry collections in the US, Brazil and Europe, has facilitated poetry workshops and ran various poetry properties. While not as active on the scene, Kojo continues to scribble and dabble in poetry.

In the television space, he was part of the team that created and produced Afro Cafe (a music show), Emcee Africa (a pan-African reality music show), Making Moves (an entrepreneurial show), Zooming In On Men (a men’s lifestyle show) and Zwahashu (a lifestyle show). He has been a judge for the Business Arts South Africa (BASA) Awards since 2010, SA Fashion Week’s Scouting Menswear, the MTN Business App of the Year Awards, the Apple In Education Awards and Miss South Africa 2014, 2015 and 2016. He was also a judge for the reality television show, She’s The One, Seasons One (SABC3) and Season Two (E TV) and Chivas Regal’s social entrepreneurship competition, The Venture.

Kojo Baffoe was founding editor of Blaque magazine in 2008 and editor of the men’s business and lifestyle magazine, Destiny Man, from 2010 to 2014.

He has expanded into the radio space as a trainer, producer and talk radio show presenter at Kaya FM.

He is a director in Kwaya Holdings, an investment and consulting group, positioned to take advantage of opportunities in the publishing, digital, entertainment, fashion, media, events and rights management sectors with particular focus on the African content.

He is also a founder of Project Fable, a content design and insights consulting company where he consults on strategy, branding and marketing using content and media to amplify and build communities.

He continues to produce content and write for various publications and platforms, including his own.

Last update on
Published
Author: Wiki Mzansi
Categories: Lesotho, South Africa
Tags: There are no tags for this post