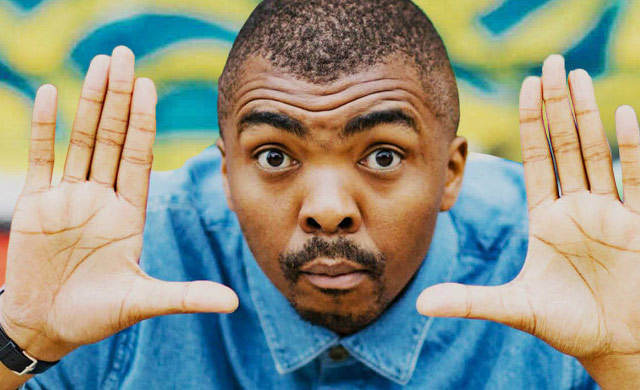 His global recognition is growing through the likes of his 30-minute Netflix special and an appearance on Britain’s prestigious comedy shows “Live At The Apollo” and “Mock The Week”. But back home in South Africa, he broke all sorts of records with his 12 seasons of his two-time International Emmy nominated satirical news show. “Late Nite News with Loyiso Gola”.

He is also the African correspondent for Charlie Pickering’s “The Weekly” on the ABC in Australia and CNN featured Loyiso on their profile series, “African Voices”.

2016 saw his show “Dude, Where’s My Lion?” playing in Edinburgh in 2016. In the same year, his debut US stand-up special “Loyiso Gola Live in New York” was recorded in Brooklyn, released by Vimeo Originals and launched at the prestigious New York Comedy Festival.

Add to these performances in the UK, Montreal (where he took part in the “Sugar Sammy International Galas” and “LOL Live” as part of Kevin Hart’s SVOD platform The Laugh Out Loud Network.

“Unlearning” at the Edinburgh Fringe Summer in gained him 4* in the Scotsman.

He starred in “Catching Feelings” which premiered at the Los Angeles Film Festival.