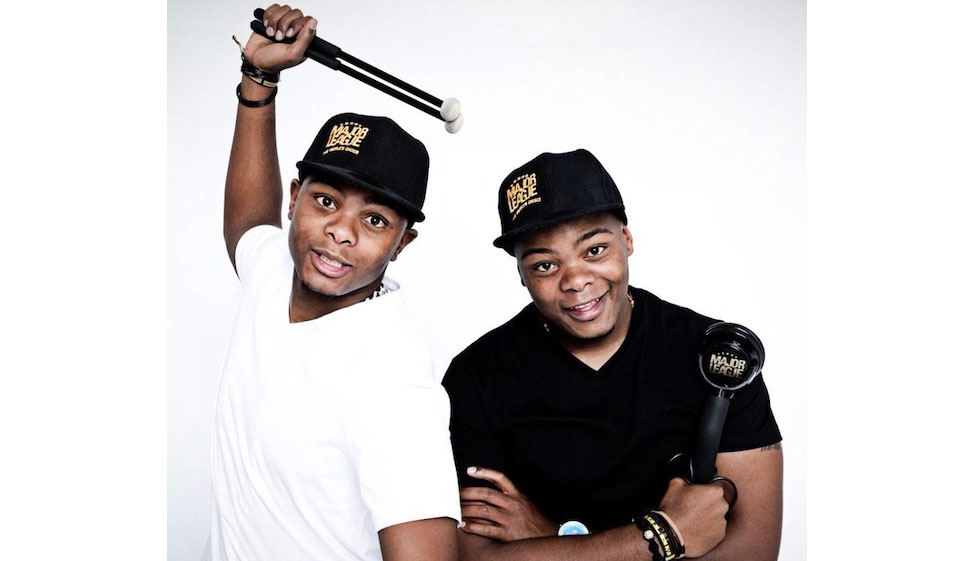 Major League DJz consists of twins Bandile and Banele. This twin set is a dynamic duo bringing fresh energy to every platform they engage with. Born in Boston, USA, the twins moved to South Africa after the apartheid era. Being exposed to music at a very young age, Major League DJz were highly influenced by the sounds of Jazz and Hip-Hop music which ushered them into the entertainment industry in their early teens.

The duo’s vision is to use music to unify youth across Africa. Major League DJz aspire to play music for Africa by Africans in an attempt to change the perception of African Hip Hop. The twins are well on their way to achieving this goal through their Urban Breeze events which currently occur weekly in the Alexandra township and have steered up a generous Hip Hop following in an otherwise House music dominated territory.

The twins have hosted parties for the likes of 50 Cent, Akon and Fat Joe, and have played alongside both local and international artists such as DJ Fresh, Euphonik, Roger Goode, DJ Trauma, DJ Drama and DJ Woo Kid. Major League DJz can be spotted at all the hottest clubs and parties across South Africa.

Young, talented and good looking, Major League DJz are the full package. Official DJs for Khuli Chana and Soul Candi eventorganisers, the twins are at the forefront of the youth market. Major League DJz provide weekly mixes for uKhozi FM and Mafikeng FM and are ambassadors for the McDonald’s Street Rhythm campaign.