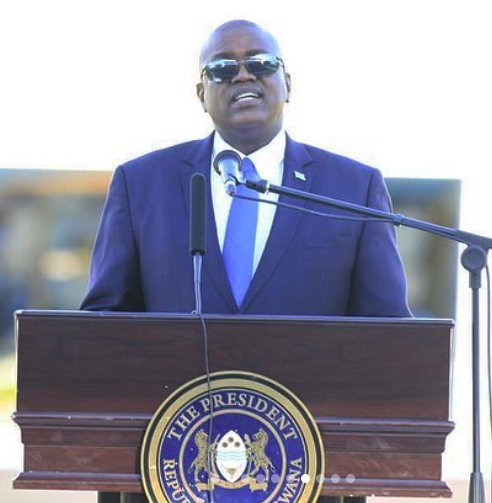 Mokgweetsi Masisi is the 5th president of Botswana born on 21 July 1961. Masisi previously served as Minister of Education and Minister of Presidential Affairs and Public Administration.

Mokgweetsi Masisi is currently married to Neo Masisi and they have a daughter called Atsile Masisi.

Mokgweetsi Eric Keabetswe Masisi is an educationist, epidemiologist and politician who brings a vast wealth of experience to the Office of the Vice President of the Republic of Botswana.

• 1984: taught at Mmanaana Secondary School in Moshupa as well as leading community development initiatives there.

• 1987: Social Studies Curriculum Specialist at the Department of Curriculum Development and Evaluation.

• 1990: re-joined Curriculum Development as the National Coordinator for Social Studies Education and Botswana’s representative for the African Social and Environmental Studies Programme (ASESP) and Board member for Environmental Education Association of Southern Africa (EEASA). Played a major role in the development of a new assessment system of Criterion Referenced Testing (CRT) as well as a member of several NGO Boards.

• 2003: joined politics, contesting unsuccessfully for the BDP primaries in the Moshupa Constituency. Remained active in politics and was elected Deputy Secretary of the Moshupa Branch Committee. Joined an International Research NGO and focused on HIV Prevention research. Began studying for a PhD in epidemiology.

• 2008: won the BDP Primary Elections and became the party’s Parliamentary candidate for Moshupa and subsequently secured the seat in the October 2009 general elections.

• 2011, January: appointed Minister for Presidential Affairs and Public administration responsible for: the Poverty Eradication Programme. Oversaw the expansion of broadcasting capacity by BTV and Radio Botswana. Conceptualized and initiated the Moshupa Constituency Development Show as well as the roll out and free distribution of seedlings to the whole Constituency and other community initiatives to improve peoples’ lives. Initiated partnerships for continuing education, economic groups etc.

• 2014, April: appointed Acting Minister, Ministry of Education and Skills Development until the general elections on the 24th October 2014.

• 2014, November 12th: endorsed as the 8th Vice President of the Republic of Botswana. Responsible for the oversight of Government programmes which include flagship programmes such as: Poverty Eradication, Economic Diversification Drive and Employment Creation. Chairperson of the: National AIDS Council, Rural Development Council and is also the Leader of the National Assembly (Parliament and Ntlo Ya Dikgosi).

• 2018, October 13th; Awarded an Honorary Degree of Doctor of Laws by the University of Botswana.