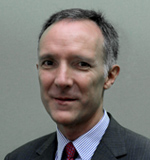 Mr. Johan Swanepoel was appointed as Non Executive Director for Cavmont Bank Limited in August 2008. Mr. Swanepoel was appointed as Managing Director of Bank Windhoek Limited on 1 July 1999.  In 2005 he took up the position of Group Managing Director of the Capricorn Investment Holdings Group. Mr. Swanepoel  completed his B.Com (Accounting) degree in 1979 at the Rand Afrikaans University (RAU) and obtained his B.Com (Hons.) degree in 1981. After joining Coopers & Lybrand (now Pricewaterhouse  & Coopers) in 1980, he qualified as a Chartered Accountant in 1982. He was elected Managing Partner of Pricewaterhouse & Coppers in Namibia in 1989.

Last update on
Published
Author: Felix Mkiwa
Categories: Namibia
Tags: There are no tags for this post