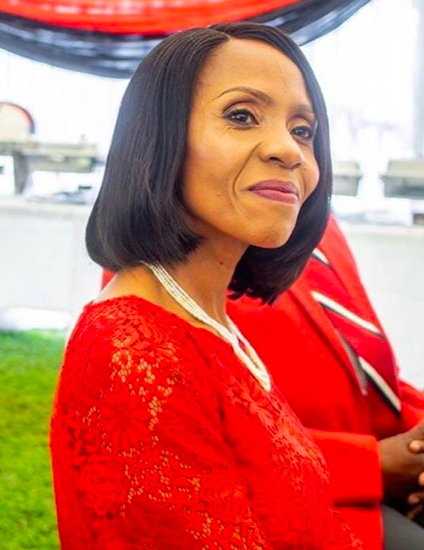 Neo Masisi is an accountant by profession and has spent all her career life working in the private sector both in Botswana and the diaspora. She cut her teeth in corporate sector at Debswana Diamond Company in 1994 after attaining her Chartered Institute of Management Accountants (CIMA) qualification. The first lady would later in 1999 join Barloworld Equipment- Botswana , and in 2001 joined Global Resorts Botswana (Grand Palm) and later Kalahari Breweries Limited (KBL).

In 2004, Masisi took a bold step; motivated by the quest for international exposure, she took up a job at the United Nations Headquarters in New York, kick starting an over a decade career with the international body. After six years she relocated to Addis Ababa Ethiopia to join the United Nations Economic Commission for Africa. She would later in 2013 accept an assignment with the Integrated Peace building Office in the Central African Republic in Bangui. Neo cites this as one of her life changing experiences. In 2015 she moved back to New York to be part of the Umoja team, responsible for deployment of an Enterprise Resource planning implementation project across the United Nations entities worldwide.