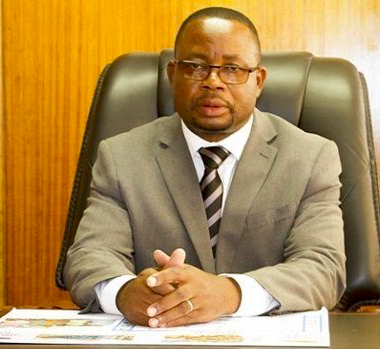 Paul Mavima is a Zimbabwean politician who serves in the government of Zimbabwe as Minister of Primary and Secondary Education since September 2018 under the Zimbabwean President Emmerson Mnangagwa‘s government.

Professor Mavima is a politician, accomplished academic, and certified financial planner, who has also developed capacities in the areas of strategic planning and programme planning and evaluation.

In 1994, Professor Mavima received the Fulbright Scholarship to study for a doctorate in Public Administration and Policy at the Florida State University Askew School of Public Administration and Policy in the United States of America. He completed the doctoral studies in 1999 where his doctoral concentration was on Institutions and Organizations, with a research focus on institutional capacity development in emerging economies.

Professional Career
In 1996 to 1997 he was the Principal Investigator for a USAID funded ABEL (Advancing Basic Education and Literacy) project which investigated the effect of public/private collaboration on non-formal education efforts in Senegal, Ghana and Burkina Faso. In 1997 he served as an Associate Research Director for an ADEA (Association for Development of Education in Africa) funded research program for Eastern and Southern Africa. In 1998 he was part of a team of evaluators from Florida State University responsible for designing and undertaking an evaluation of the State of Florida’s Blueprint Transition Program from school to community for students with disabilities.

In January in the year 2000, he joined the Office for Public Policy Analysis and Government Accountably (OPPAGA) an organ of the legislative arm of the State of Florida as a Policy Analyst. In this role, he was responsible for designing and implementing evaluations of policies and programs of the State of Florida (e.g., Post-secondary Workforce Development Education) in order to inform the Legislature and the Public on how the policies and programs are performing.

In August, 2000, Professor Mavima joined the Grand Valley State University in Michigan, USA as an Assistant Professor. He taught in the School of Public and Non-Profit Administration. In 2007, he received his promotion to Associate Professor and was granted tenure. He designed and taught graduate level courses in public and nonprofit administration (e.g., Organizational Theory, Foundations of Public Management, Budgeting and Public Financial Administration, Strategic Planning and Management, Nonprofit Sector Resource and Financial Management, Organization and Management of Non-Governmental Organizations and the capstone class in Public Administration called the Management Seminar). For two consecutive summers, he taught the Non-Governmental Organizations Course to a Masters class at Krakow University in Poland. He introduced online delivery for all the courses that he taught at Grand Valley State University.

During his stay at Grand Valley State University, Professor Mavima was also engaged in a number of consulting activities both in service to the University and in his private capacity.

In the year 2000 to 2001, Professor Mavima was part of a team of researchers who collected and analyzed demographic data, neighborhood-level investment data, and data on other key indicators for eight targeted neighborhoods in Grand Rapids in order to provide baseline information for community revitalization initiatives. This was a project that was funded by the Dyer-Ives Foundation.

In 2005, Professor Mavima assisted the Human Resources Department of Spectrum Health to develop a strategic plan in line with the healthcare system’s vision to become one of the nation’s highest quality and most successful healthcare enterprises by 2010. Spectrum Health is the largest healthcare system in West Michigan, employing over 12,000 people. My role involved researching best practices in healthcare human resources, identifying performance measures for excellent human resources management, and facilitating the identification of goals, objectives and strategic actions Spectrum Health’s Human Resources Department should implement in pursuit of Vision 2010

In July 2005, he conducted a series of Workshops at the Zimbabwe Institute of Management covering the following topics: Developing and Implementing Turnaround Strategies in Zimbabwe’s Parastatal Sector; Effective Strategic Planning and Corporate Policy Development; Using Organizational Learning to Achieve Change in Today’s Fast Paced Environment; Expenditure Control Systems for Public Agencies and NGOs, and Leading and Managing in Today’s World.

In 2005 to 2007, he conducted an evaluation of the Teen Summit Conference on HIV/AIDS, measuring the effectiveness of the summit in educating teens about the spread and prevention of HIV/AIDS. This summit was an annual event that was run by the nonprofit organization, Grand Rapids REACH. The annual week-long conference offered AIDS/HIV awareness instruction for teenagers from the Grand Rapids Public Schools system.

In 2006 he conducted an evaluation of the board of directors of the Grand Rapids REACH and designed and delivered a board development course to current board members. The course focused on the role of the board in building organizational capacity, and building board effectiveness and ways to measure board success.

In 2008, he assisted the Grand Rapids Housing Commission to develop a five year strategic plan for one of its public housing programs called Adams Park Apartment Complex. In this project, he facilitated a visioning process that culminated in the development of a vision statement for the program for the next five years, and a statement of goals, objectives and strategic actions that the Housing Commission should implement in order to achieve that vision.

In 2008, Professor Mavima decided to relocate back to Zimbabwe. He set up Myriad Consulting Services a company that he led until March, 2009. The company was involved in consulting work in the areas of program and policy planning and evaluation, strategic planning, and organization development.

In March, 2009 Professor Mavima accepted an appointment into the Zimbabwean civil service as Principal Director in the Office of Deputy Prime Minister Mutambara. He held this position for five years until July, 2013 when he was elected to represent the Gokwe Sengwa Constituency in the National Assembly. After this election, in September 2013, he was appointed Deputy Minister for Primary and Secondary Education.

Professor Mavima maintains a relationship with the University of Zimbabwe and the Midlands State University through the supervision of students pursuing doctoral degrees in Public Administration and Public Policy.