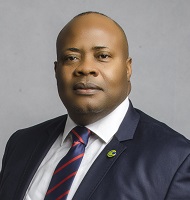 Peter Ekwueme joined Cornerstone Insurance plc as a graduate trainee in 1995 and worked in Motor, General Business and Claims Units as an underwriter between 1995 and 1999. Peter was, at different times, Head of Motor claims, Head of Personal Line Direct sales, Head of Financial Institutions and Services unit. He pioneered the company’s Warri branch as a Manager before he assumed the headship of Apapa and Ikeja branches respectively.

Peter Ekwueme became the Regional Manager of the company’s Western operation in 2007 and later rose to the position of Deputy General Manager responsible for sales and operations in the Western, Eastern and Brokers market between 2010 and 2015.

A versatile insurance practitioner with vast experience in Sales and Marketing Management, underwriting and operations, Peter is an Associate member of the Chartered Insurance Institute of Nigeria (CIIN). He has attended various courses locally and abroad including Advanced Management Course on Sales Force Performance at Kellogg School of Management, Illinois, Chicago, USA. He is an alumnus of the prestigious Kellogg School of Management and Lagos Business School.

Peter holds a Bachelor’s degree in Agriculture from University of Agriculture Makurdi {formerly UNIJOS, Makurdi Campus} and a Master in Business Administration.

Last update on Aug 3, 2019
Published Sep 14, 2018
Author: Felix Mkiwa
Categories: Nigeria
Tags: There are no tags for this post