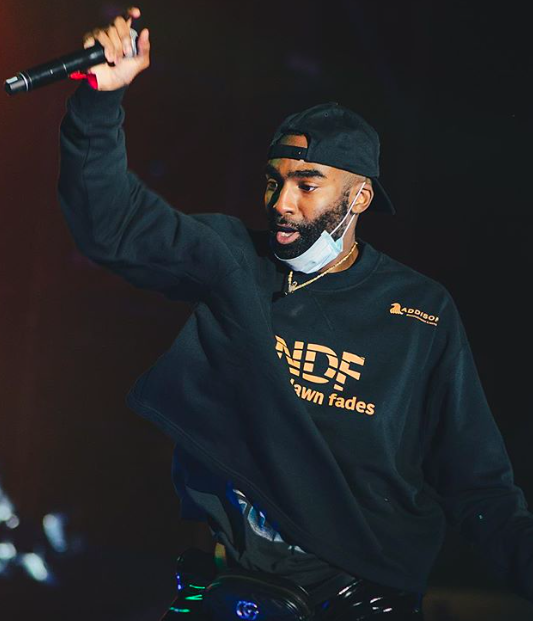 The rapper was raised primarily by his maternal grandmother. His parents separated and later divorced when he was a baby. His father moved to Johannersburg. His mother was an academic who studied in South Africa and United Kingdom to become an advocate. He is one of eight children, all boys; he has a total of seven brother, four brothers from his mother’s side and three brothers from his father’s side.

Riky Rick’s first side of music began at a recording studio session with Bongani Fassie. It was by Bongani’s side that Rick was inspired to make his own music. That is when he released his first single “Barbershop” featuring Da L.E.S. He then rose to fame by the release of his hit single “Nafukwa” which was a big success.Later he then released “Amantombozane” which was followed by “Amantombozane (Remix)” featuring fellow South African recording artists OkMalumkoolKat, Maggz, Kwesta, Ginger Bread Man, Kid X, Nadia Nakai and DJ Dimplez.

He went on to release Boss Zonke, Sondela, Sidlukotini, Buy Out which where all big hits. Riky  has been named as the new face of Vaseline men. In December 2016, Russian Bear teamed up with Riky Rick to release a fresh new limited edition Russian Bear x Riky Rick bottle. Ricky was personally invited to the Gucci Fall Winter 2017 in Italy.

Riky Rick is in a relationship with Bianca Naidoo and they have a son and a daughter together, Malik Daniel Makhado, who was born on 19TH March 2014.