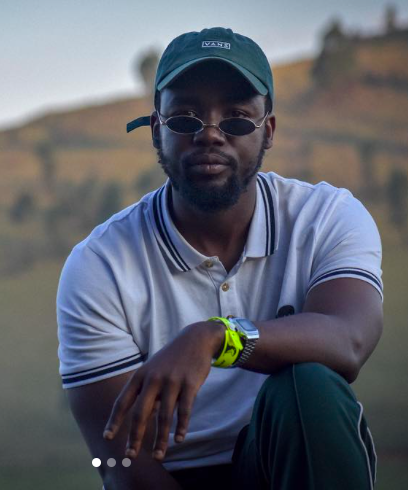 Wandile Mbambeni is a South African musician who was born and raised in the Eastern Cape – a region known as a hotbed for African talent as it’s the birthplace of many icons, including the late Nelson Mandela. Surprisingly, music was not Wandile Mbambeni’s first love. Coming from a sports-focused family, he initially pursued a career in professional rugby. Featuring at scrumhalf, he enjoyed success during the early stages of his rugby career, winning domestic competitions with Border U19s and the Eastern Province Kings U21s.

However, Wandile decided for a complete career switch song is the beginning of big things for this young man. This has seen the highly-acclaimed soul musician become high in demand.

“It was really difficult in the beginning, but I was very encouraged as more and more people started following my music. A big reason for the positive reaction is because I make a big effort to make timeless music. The greats of the music world are legends because their work is able to trend in every generation. I create my music with the same intention. Every song I’ve created tells a small part of my life story,” he says. “Looking back from where my journey started, I can proudly say that all the hard work was worth it… and now I hope to tell the Wandile Mbambeni story around the world.”

“I always enjoyed singing and received my first guitar when I was 16. I taught myself how to play it and started discovering my own sound. Music was always a hobby since then, but I was always encouraged to take it further whenever I played for friends and family,” says Wandile. “Music sparked this fire in my heart, which was something rugby didn’t do for me. So in 2014, I told my parents that i was quitting sport to pursue my passion. Later that year, I was lucky enough to tour Germany. Then in 2015, I packed up my things and left for Cape Town, where I was hoping to make a name for myself.”

While it was a bold life-changing move, the initial stages of Wandile’s musical journey wasn’t easy as he found himself backpacking from friend to friend, sleeping on couches as searched for opportunities on the Cape Town music scene. However, it didn’t take too long before he found his way.

Over the past two years, the 24-year-old has played at some of the biggest music festivals in South Africa, including Rocking the Daisies and the Richmond Hill Music Festival. A big accolade was being voted as one of the top 20 performances at last year’s Rocking the Daisies event, which included over 270 acts.

He has also released three EPs, including ‘Maturation’ which as dropped in May 2017. Famous music blog Texx in the City also rated ‘Lovers Like You’ single as one of the top 20 South African songs of 2016, describing the hit as “…a textbook case of finding beauty in the simplicity of the quieter moments.”