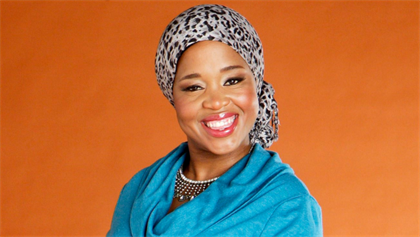 Winnie Mashaba is a multi-award-winning South African gospel musician, TV presenter, and businesswoman. She was born and raised in the small village of Kgoši Phasha, Steelpoort, South Africa.

Winnie Mashaba went to school at Mashupje High School but dropped out soon after passing Grade 11 in 1998 to pursue her passion for gospel music. Her first break came right after she auditioned for Solly Moholo. Soon after the audition, she released her debut album, Exodus 20 (2000). Winnie Mashaba has been nominated for numerous awards, including a Kora for Best African Spiritual Female in 2005. Other awards include the South African Music Awards (SAMA), South African Gospel Awards and Metro FM Music Awards. In 2010 she was named Best Female Artist at the Crown Gospel Awards. She landed a TV presenting role on Dumisa in 2017.